Caseificio Giordano and the Department of Veterinary Sciences at the University of Bologna to certify the buffalo milk supply chain.

For over 5 years, Caseificio Giordano has developed buffalo milk-based products, scrupulously choosing its sources. Based on the company’s personal knowledge of the area, the milk is exclusively sourced from farms in Piedmont and Lombardy with controls conducted by the Bologna University Department of Veterinary Sciences.

In Italy, buffalo are not exclusively farmed in southern Italy or more specifically Campania, as there are also numerous farms in the north of the country, where buffalo milk has been processed by cheese-makers, including Caseificio Giordano, for over 20 years.

The products made with this milk include the classic “pasta filata” stretched-curd cheeses such as the flagship mozzarella and other soft, semi-hard and hard cheeses more typical of northern Italy.

Thanks to an agreement with the Department of Veterinary Sciences at the University of Bologna, it will now be possible to monitor the work of producers that supply Caseificio Giordano in terms of:

1) the absence of environmental contamination at the farms through testing the milk for heavy metals, PCBs and dioxins;
2) the protection and care of the farmed animals;
3) the animals’ origin
4) the traceability of drugs used on the herd;
5) the traceability of the animal feed;
6) the connection between the milk and the saleable products

Giordano SRL has defined a disciplined production procedure which is applied to all farms producing milk used by Caseificio Giordano to produce buffalo mozzarella. 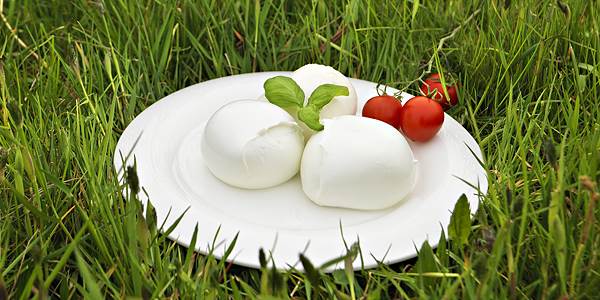 Park To Be Tasted

This web site uses the technical cookies that are necessary to ensure the correct operation and use of the site by the users. Third-party cookies can be provided through the web site. If you want to learn more or opt out all or some cookies click here. By closing this banner or clicking any of its elements, you consent to the use of cookies